All listings are UTC/GMT time.

SpaceX Splashes A Hop | TMRO:News
Starting off TMRO:News this week Ryan takes us on a hop, skip, and a splash in his SpaceX Update. Jared covers RocketLab and Virgin Orbit finding their respective anomalies, along with Virgin Galactic unveiling the customer cabin of SpaceShipTwo. An independent safety panel convened by NASA aims squarely at Boeing's Starliner, but SpaceX also gets some stern words as well. Space Traffic sees a pair of launches: one Mars rover, and a set of Russian comsats. Dr. Tamitha Skov delivers this week's Space Weather with the northern hemisphere of the Sun beginning to pick up activity. Jared wraps us up with some info on upcoming Ariane 5 flight tests that Arianespace will run to accommodate the James Webb Space Telescope. And of course: thank you all for your support! And remember you can always help out the shows of TMRO by becoming a member here: https://www.youtube.com/user/TMRO/join GROUND LAUNCH SEQUENCER: 00:00 | Intro 00:45 | SpaceX Update w/Ryan 03:26 | RocketLab determines their Electron anomaly 05:38 | Virgin Orbit releases LauncherOne test flight details 06:40 | Virgin Galactic shows off SpaceShipTwo crew cabin 07:51 | A NASA safety panel warns on both Boeing and SpaceX 09:52 | Space Traffic 12:11 | Space Weather with Dr. Tamitha Skov 14:17 | Ariane 5 to test James Webb launch hardware 15:41 | Hey! You! Thank you! 16:20 | Catch you soon!

SpaceX - Starlink 10 - Launch 08-07-2020
We are a US disabled veteran run, non-profit video production company whose mission is to bring other disabled US Veterans to witness a launch, experience US Space History and become part of our report. Our nonprofit 501(c)(3) is 100% tax deductible, just go to our webpage www.USLaunchReport.com which is merged with www.VeteransSpaceReport.com and find our Donate button. You can help change the life of a US Veteran. Thank You

Rocket Lab SmallSat Update and Q&A
Tune in to a live webcast with Rocket Lab’s CEO and founder Peter Beck to hear an update on Rocket Lab’s launch activity, reusability, and satellite programs. Plus, live Q&A with viewers.

#AskNASA┃ How Do We Launch Astronauts from the United States to the Space Station?
NASA is enabling safe, reliable, and cost-effective crew transportation to and from the International Space Station from two private companies – Spacex and Boeing. NASA’s Commercial Crew Program represents a revolutionary approach to government and commercial collaborations for the advancement of space exploration. For the first time in history, NASA astronauts launched from American soil in a commercially built and operated American crew spacecraft to the space station. The SpaceX Crew Dragon spacecraft carrying NASA astronauts Robert Behnken and Douglas Hurley launched May 31 on the company’s Falcon 9 rocket from Launch Complex 39A at NASA’s Kennedy Space Center in Florida. They returned to Earth and splashed down in the Dragon Endeavor capsule on Sunday, Aug. 2, off the coast of Pensacola, Florida. Known as NASA’s SpaceX Demo-2, the mission is an end-to-end test flight to validate the SpaceX crew transportation system, including launch, in-orbit, docking and landing operations. The program demonstrates NASA’s commitment to investing in commercial companies through public-private partnerships and builds on the success of American companies, including SpaceX, already delivering cargo to the space station. Boeing will also complete an uncrewed flight test followed by a crewed flight test for certification to fly NASA astronauts to the space station.

Watch NASA launch the Mars 2020 rover (Perseverance) on ULA's Atlas V Rocket!
We are going back to MARS! Yes you read that correctly, NASA has spent years developing its next piece of hardware to make the daring trek to the red planet. The rover, dubbed Perseverance, will launch from the the East Coast of the United States and will reach Mars in around six months. TIMESTAMPS: 00:00 Intro 03:21 Stream starts 1:07:10 Launch 1:09:01 Boosters separation 1:10:39 Fairing separation 1:11:37 Stage separation and main engine start 1:12:09 Our stream telemetry error 1:51:25 TMI burn start 1:59:16 TMI burn end 2:03:57 Spacecraft separation (CHEERING INTENSIFIES) 2:08:56 5-minute break 2:14:30 Break ends 2:14:31 Tim starts to play KSP Want more info? Check out our prelaunch preview! - https://everydayastronaut.com/mars-2020-atlas-v-541/ Want a full rundown on the new Rover and its mission? Check out my latest video! - https://www.youtube.com/watch?v=UEO77UEFGT4&t=502s Follow my friends at Cosmic Perspective for all their hard work and help getting us some telescope shots! - https://twitter.com/considercosmos -------------------------- Want to support what I do? Consider becoming a Patreon supporter for access to exclusive livestreams, our discord channel and subreddit! - http://patreon.com/everydayastronaut Or become a YouTube member for some bonus perks as well! - https://www.youtube.com/channel/UC6uKrU_WqJ1R2HMTY3LIx5Q/join The best place for all your space merch needs! https://everydayastronaut.com/shop/ All music is original! Check out my album "Maximum Aerodynamic Pressure" anywhere you listen to music (Spotify, iTunes, Google Play, Amazon, etc) or click here for easy links - http://everydayastronaut.com/music I'm the cohost of an awesome podcast where we talk all about current technologies and how they shape our future! http://ourludicrousfuture.com or here on YouTube https://www.youtube.com/ourludicrousfuture

Watch NASA's Perseverance Rover Launch to Mars!
Was there once life on Mars? Our Perseverance rover aims to find out! On Thursday, July 30, watch our new robotic astrobiologist launch on a seven-month journey to the Red Planet. Launching on board will be the most sophisticated set of tools ever sent to Mars, with the hope Perseverance will uncover the planet’s secrets. Tune in to our live launch broadcast starting at 7 a.m. EDT. Teams are targeting 7:50 a.m. EDT for liftoff of Perseverance atop United Launch Alliance's Atlas V rocket from Kennedy Space Center in Florida. Don’t forget to set a reminder to join us in the #CountdownToMars – you won’t want to miss this historic mission take flight! Learn more about the mission: https://mars.nasa.gov/mars2020/mission/overview/

Atlas V Mars 2020 Mission Profile
A United Launch Alliance Atlas V 541 rocket will launch NASA's Perseverance rover to Mars. The spacecraft will explore the Jezero Crater to study the planet's habitability, seek signs of past microbial life, collect and store samples of selected rock and soil and prepare for future human missions. The rover also carries the Ingenuity helicopter, a technology demonstration to prove that powered flight can be achieved at Mars.

Live: China's inaugurates first Mars exploration mission Tianwen-1 in southern Hainan Province
2020 can be regarded as the year of Mars. Following Sunday's launch of the UAE's Mars probe, China inaugurates its first Mars exploration mission Tianwen-1 in Wenchang Space Launch Center in southern Hainan Province. After the launch via a Long March-5 carrier rocket, the Mars probe will conduct a series of tasks and explorations on the red planet. Hailed as Earth's sister planet, Mars has become the priority planet in deep space exploration. Can Mars be turned into a second habitat for humans? What will our lives be like if we settle on Mars in the future? Join CGTN to get a closer look at Mars and explore the beauty of the mysterious planet.

China Lifts The Tianwen-1 Mars Mission Live
Edit: SORRY EVERY ONE I AM A FOOL. The strap on boosters are kerosene based and use liquid fuel. They are not solid rocket boosters. I had a very long day and my research was rushed for this launch of a vehicle I am not familiar with. If I was on my A game for this one I would have noticed that the 4 strap on boosters were not outputting lots of smoke, but just big red fire like RP1 would. I seem to get a new thing wrong every stream I do, but I am certainly getting better and better at hosting live events. Thanks to every one for your patience. In this live-stream smallstars hosts a Chinese rocket Launch. The video content is a little squirrelly but smallstars keeps the stream focused on a couple of different sources and somehow managed to get very interesting footage of the Launch. Tianwen-1 (known as Huoxing-1, HX-1 during development[9]) is an interplanetary mission by China to send a spacecraft, which consists of an orbiter, a lander and a rover, to Mars. The mission was successfully launched on 23 July 2020 with a Long March 5 heavy lift rocket and is currently en route to Mars. Its stated objectives are to search for evidence of both current and past life, and to assess the planet's environment. The name "Tianwen" (simplified Chinese: 天问; traditional Chinese: 天問), which means Heavenly Questions or Questions to Heaven, comes from the long poem of the same name written by Qu Yuan (about 340–278 BC), one of the greatest poets of ancient China. http://patreon.com/smallstars http://twitter.com/smvllstvrs http://instagram.com/smvllstvrs http://twitch.com/smvllstvrs To help visually understand the Mars missions smallstars showed portions of other videos during this stream. You can watch the full versions of those videos here: https://www.youtube.com/watch?v=95hMM2u6Fgw https://www.youtube.com/watch?v=SOxVcUjqzGM https://www.youtube.com/watch?v=XSEPwokZmRQ

Send NASA Your #CountdownToMars
NASA is inviting the public to help get ready for the upcoming launch of the Mars 2020 Perseverance Rover by joining a global, collective #CountdownToMars. Fans are asked to record video of their creative countdowns to liftoff, then share and tag them on social media with #CountdownToMars. Favorites may be featured on NASA social media and included in a compilation video on launch day. Learn more: https://go.nasa.gov/countdowntomars The scheduled launch date for the Perseverance rover is July 30, 2020. Perseverance will land on Mars Feb. 18, 2021. For more information on the rover’s mission, visit: https://mars.nasa.gov/mars2020. Credit: NASA/JPL-Caltech 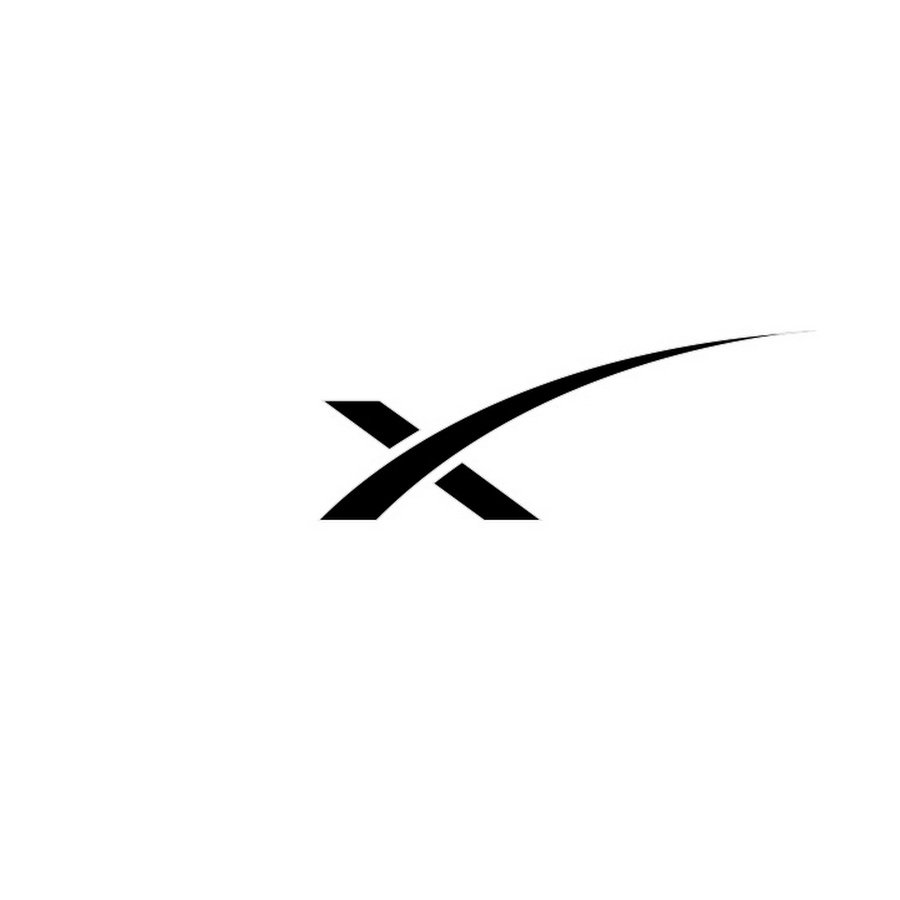 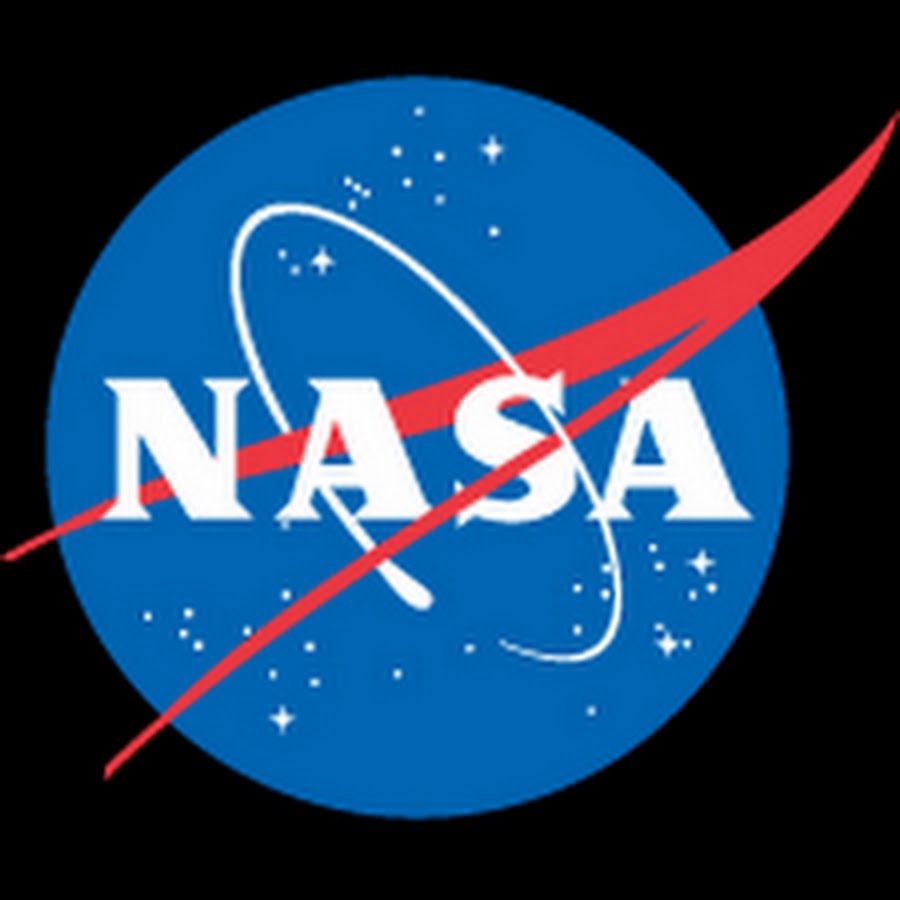 The National Aeronautics and Space Administration is responsible for the civilian space program as well as aeronautics and aerospace research in the United States. 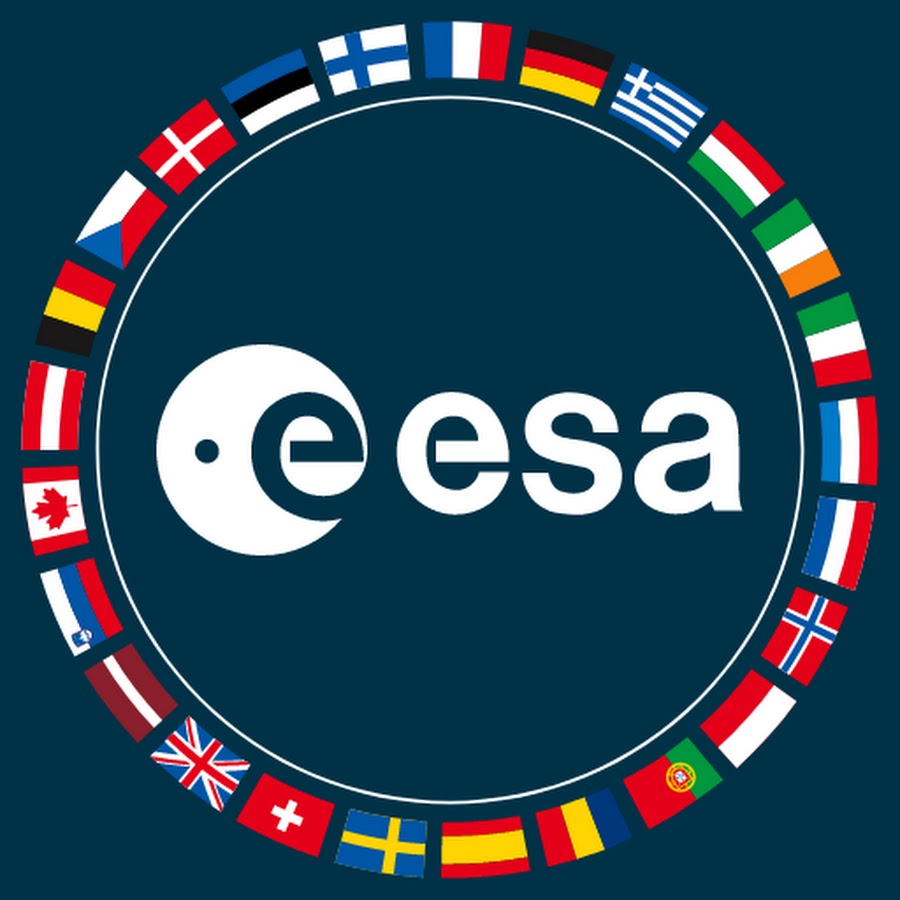 The European Space Agency is an intergovernmental organisation dedicated to the exploration of space. It has 22 member states and is closely associated with the European Union. 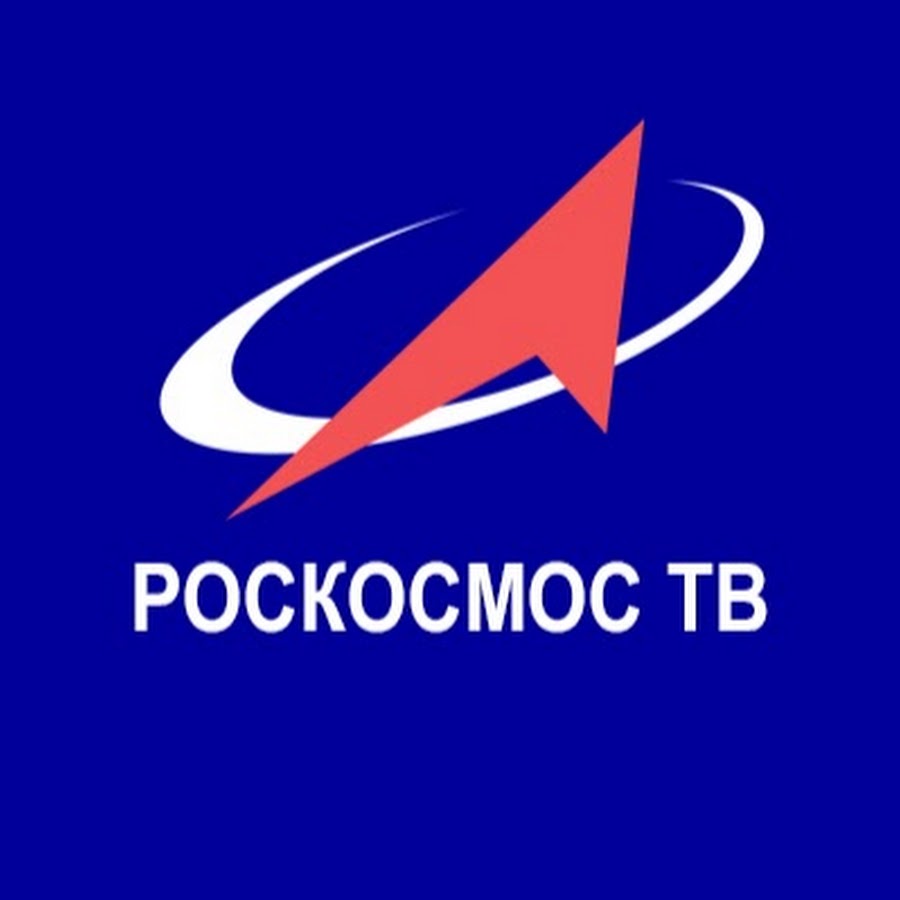 The Roscosmos State Corporation for Space Activities is the governmental body responsible for the space science program of Russia and general aerospace research.

5 Scary Facts About The Andromeda Galaxy

A 90 Year Old Theory Is Proven With Brilliant Observations

When the US Air Force Planned a Moon Landing

Hubble Trivia: 1) How Big is the Hubble Space Telescope?

Views and opinions expressed in videos or external links do not represent SPACETV.NET or our sponsors.